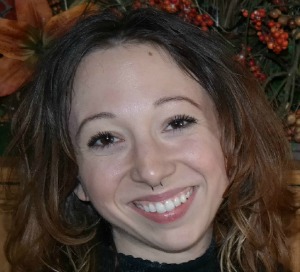 Today we celebrate Erin Lee, my elder daughter, born 34 years ago, just shy of midnight, changing my world forever. I knew she was going to be Erin Lee, no ultrasound needed. When I told my obstetrician that I was embroidering her Christmas stocking and already had her name across the top, he reminded me that the odds were 50/50. When I told him that I was working on her Christmas dress, he just shook his head. Then she was born, making a dramatic entrance in her own time – Erin Lee. I just knew.

She was tiny, five pounds, thirteen ounces, and I was smitten. I couldn’t possibly have known the depth of love that would overtake me instantly and forever. Though she lives far away in a city she loves, I believe we are close at heart, more alike than not, though she might not always agree :). Over the years I’ve had occasion to tell her that there is absolutely nothing on the face of this earth that could possibly change the fact of my unconditional love for her; she will always be my Erin Lee.

With her permission, I describe her as 120 pounds of pure spitfire. She’s an artist in personality and temperament, unlike myself; I’ve always been amazed at how she sees the world, from little on, with totally different eyes than mine. I’ve saved samples of her art over the years; a fascinating journey through the developing eye and mind of an artist’s view of her world, always a unique perspective. They will provide the back-story when she’s famous, having her first big show. In the meantime, three of her paintings hang in my home, and I keep a file of her work, updated often, on my phone and my PC.

An early reader, having completed the Laura Ingalls Wilder series by age six (a gift from her first-grade teacher during one of her many hospitalizations); she’s intelligent and articulate. I used to joke that all the time spent in an oxygen tent paid off beautifully, the silver lining to difficult days of chronic illness, first manifested when she was just five months old. Erin has a gift for languages hearkening back to her early days of imitating Pépé Le Pew. This was a little girl who let you know with a toss of her hair, that she was special. When Erin Lee laughs, everybody laughs, it’s positively contagious. She’s fiercely loyal with a wicked wit. If you’re close to her, she may challenge you in ways that test your soul, but the result is always worthwhile.

Erin Lee loves to travel. In January of 2014, she took her first solo trip – to Iceland – looking for artistic inspiration. 2015 began with a trip to Hawaii and included the traditional Hawaiian pineapple tattoo. As the recipient of art grants, she has traveled to various locations to further her craft. Her newest venture is into the world of curating. She curates a monthly art pop-up in downtown Seattle, bringing together a variety of artists. She recently accepted an invitation to curate a gallery in Seattle’s Georgetown neighborhood. Her reputation is expanding and she would eventually like to become an artists’ representative.

Erin Lee lives in a Seattle neighborhood with her dog, Andromeda (Andy) and three cats. She’s cultivated a tribe and enjoys meaningful relationships.  She gardens, battles invasive bamboo in her yard, and generally enjoys life in the Pacific Northwest (PNW).

My firstborn child is 34 today, I am proud of the woman she is and I am a better person for being her Mumma Lee. To my partner en Français: Joyeux Anniversaire; je t’aime le plus chèrement! Join me, please, in celebrating my elder daughter, Erin Lee. (Enjoy the photos courtesy of Emily Eddy). 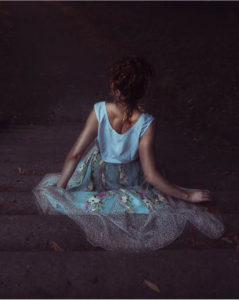 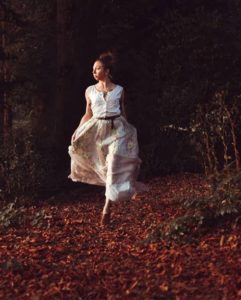 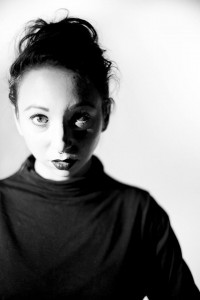 THE ARTIST IN BLACK