Today we celebrate Erin Lee, my elder daughter born 29 years ago tonight, just shy of midnight, changing my world forever.  I knew she was going to be Erin Lee, no ultrasound needed.  When I told my obstetrician that I was embroidering her Christmas stocking and already had her name across the top, he reminded me that the odds were 50/50.  When I told him that I was working on her Christmas dress – red velveteen and white satin – he just shook his head.  And then she was born, four days overdue, making a dramatic entrance in her own time – Erin Lee; I just knew.

She was tiny, five pounds, thirteen ounces, and I was smitten.  I asked that her bassinet be left with me, couldn’t imagine letting them whisk her off to a nursery.  I wanted to get to know this little miracle and the journey began. What I couldn’t possibly have known was the depth of motherly love that would overtake me instantly and continue to grow.  Though she lives far away in a city she loves, I believe we are close at heart, more alike than not, though she might not always claim that:).  I’ve had occasion to tell her over the years that there is absolutely nothing on the face of this earth that could possibly change the fact of my unconditional love for her; she was and always will be my Erin Lee.

With her permission, I describe her as 105 pounds of pure spitfire.  She’s an artist in personality and temperament, unlike myself; I’ve always been amazed at how she sees the world, from little on, with totally different eyes than mine.  I’ve saved samples of her art over the years; a fascinating journey through the developing eye and mind of an artist’s view of her world, always a unique perspective.  It will provide the back-story when she’s famous, having her first gallery show.  In the meantime, three of her paintings hang in my home, I wear several pieces of her jewelry and I keep a file of her work, updated often, on my phone and my PC.

An early reader, having completed the Laura Ingalls Wilder series at age six (a gift from her first-grade teacher during one of her many hospitalizations), she’s intelligent and articulate.  I used to joke that all the time spent in an oxygen tent paid off beautifully, a silver lining to difficult days of chronic illness first manifested when she was just five months old.  With a gift for languages hearkening back to her early days of imitating Pepe Le Pew, and a first-rate imitation of Lady (of the movie Lady and the Tramp), this was a little girl who let you know with a toss of her hair, that she knew without doubt that she was special.  When Erin Lee laughs, everybody laughs, it’s positively contagious.  She’s fiercely loyal with a wicked wit.  If you’re close to her, she may challenge you in ways that test your soul, but the result is always worthwhile.

My firstborn child is 29 today.  I am so very proud of the woman she has become and I am a better person for being her Mumma Lee.  Blessings, Erin Lee, and thank you for the joy you’ve brought me over these 29 years.  I’d do it all over in a heartbeat.  Joyeux Anniversaire; je t’aime en pièces  (1) – that’s our long-distance hug. 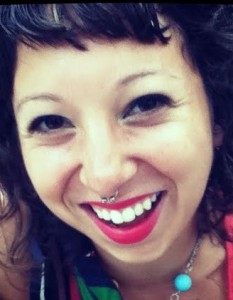 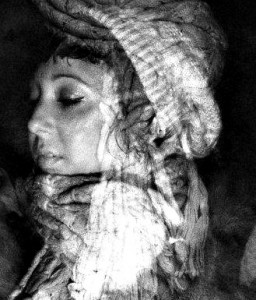 It’s time for what is becoming the annual birthday post, updated, of course.  Twenty-eight years ago this evening, I met my younger daughter, Meghan Lee, for the first time.  Weighing in at just six pounds, she showed early signs of being her own person, struggling to be released from the hospital swaddling that her sister, a year earlier, had found so comforting.  Being her mother, one might accuse me of bias, but I am so very proud of the woman she has become. I am blessed to be close to her, not in proximity, but in mind and heart, the places that really count. I  have watched her grow over the years, overcoming challenges and learning to soar like an eagle!!

An early reader determined to keep up with her sister, likely based on something she read in a book, she began calling me “Mother.”  Not mom and not just to my face, but in reference to me as well.  It was very noticeable, coming from this little person, so formal – Mother.  She still does, today, but I’m used to it and no longer feel like Joan Crawford.  That’s Meghan Lee, no nicknames, please.

This past year was one of continued growth in grace and beauty for Meghan Lee, who, in 2011, began a tradition of wearing a tiara on her birthday, even on the bike

Last year’s birthday post talked about her major life event, marriage to Brian Smith.  This year, they’re closer than ever and have embarked on some fitness challenges.  In April, they completed their very first Tough Mudder event in Austin, Texas.  I had some concerns, especially after looking at the list of Most BadAss Obstacles and reading about the signing of a death waiver.  That said, together they completed the event, which is the point; it’s not a race.  Brian has future aspirations, which is his story to tell, but they’ve continued training.  Meghan Lee has become a runner, logging record miles this year and also is into weight training.  In typical fashion, she did the research and came up with a program that she follows diligently and is making steady progress, which we talk about almost daily.  The purpose now? Another Tough Mudder in a month in Charlotte, NC. Being Mother, I asked if she was certain she was ready to commit to training for a second event in less than a year, more like six months.  Of course she was, or it wouldn’t be happening 🙂
My younger daughter turns 28 today and I couldn’t be more pleased to claim her though I’m learning to share her with Brian.   She is kind, loving and generally an exceptional human being, grown now, with a blog of her own.    Ride on Tiara Girl…

I’m thanking the Lord for putting her in my arms and into my care – a gift to me beyond compare.    Joyeux anniversaire, Meghan Lee, je t’aime èn bric, broc, our French slang for “I love you to pieces.”  Literal translation is I love you to bits and chunks, which makes us giggle.  Enjoy the photos and join me in wishing a most wonderful new year of life to Meghan Lee Smith!

Be blessed, my darlin’ daughter!! 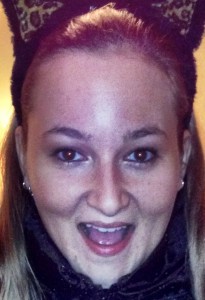 Meghan on her last birthday 🙂 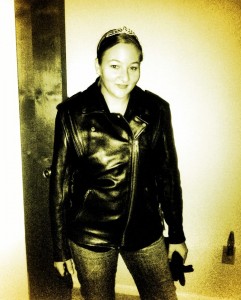